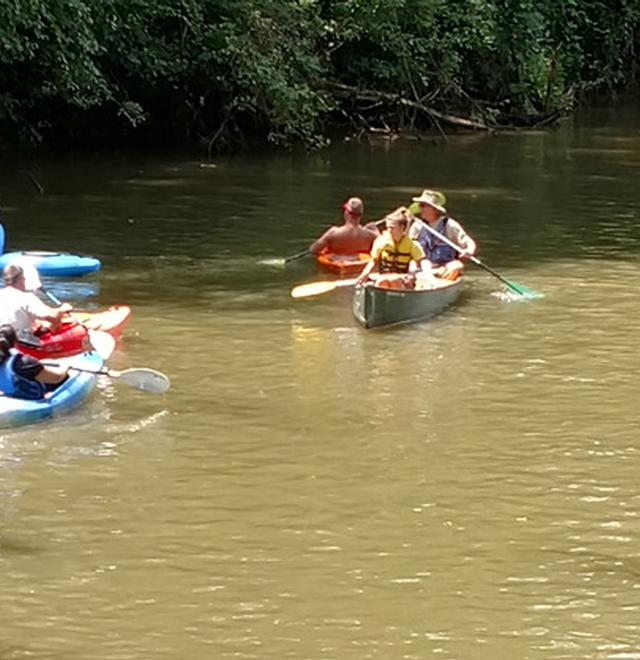 Date and times to be announced at a later date.

In August 2008, Smith River Fest was born and since then it has been continually growing thanks to the support of many partners working together. The annual event held in Martinsville - Henry County is truly a celebration of all things associated with the Smith River; 44.5 miles of paddling, hiking, biking, fishing and nature watching.

The scenic Smith River flows through our community from the base of Philpott Dam down to Eden, North Carolina where it meets the Dan River. Paddlers enjoy the variety of experiences that the Smith River offers from calm floats to class I/II rapids.

Alongside the river and throughout Martinsville & Henry County are nearly 20 miles of shared-use trails that make up the Smith River Trail System.

In 2007 Henry County Administrator Benny Summerlin, who was a strong advocate for outdoor recreation, expressed his vision to the Dan River Basin Association and its Martinsville-Henry County Rivers & Trails Group to have a community-wide festival in celebration of the Smith River and all the recreational opportunities it provides.

To mark the 5th anniversary of Smith River Fest, the 2012 festival was dedicated in honor of Benny Summerin to give thanks for his vision and inspiration. Sadly, we lost Benny in the following days after a tough battle with cancer but his legacy of appreciation for the outdoors will live on in the form of many Smith River Fests to come.

The SRSC has been host to the Smith River Fest since 2011.